A fearless band of misfit rogues, terrorizing and delighting audiences with a unique blend of hilarity and harmonies. Musical Blades continue to bring their unique brand of “renaissance rock show” to countless renaissance festivals and clubs across the United States and abroad.

With soaring harmonies, rocking mug-bangers, and side-splitting comedy, the Musical Blades have bring something for everyone. Offering a range of musical styles from pub chant-alongs, to rowdy folk-rock favorites and tear-jerking sea ballads, this pirate crew plunders the hearts of audiences wherever they go. The Blades are equally at home with acoustics and hand drums as they are with electric guitars and a full drum kit.

The Musical Blades have recorded a dozen full-length studio albums showcasing their unique approach to the Piratey side of folk, celtic, and straight-up hard rock music. Many of their albums have been honored with national awards and their stage show has been nationally recognized many times over. In fact, Renaissance Magazine has honored Musical Blades with "Best Comedy Musical Show" three different years and named Musical Blades as one of the "Top 100 Faire Acts of All Time" 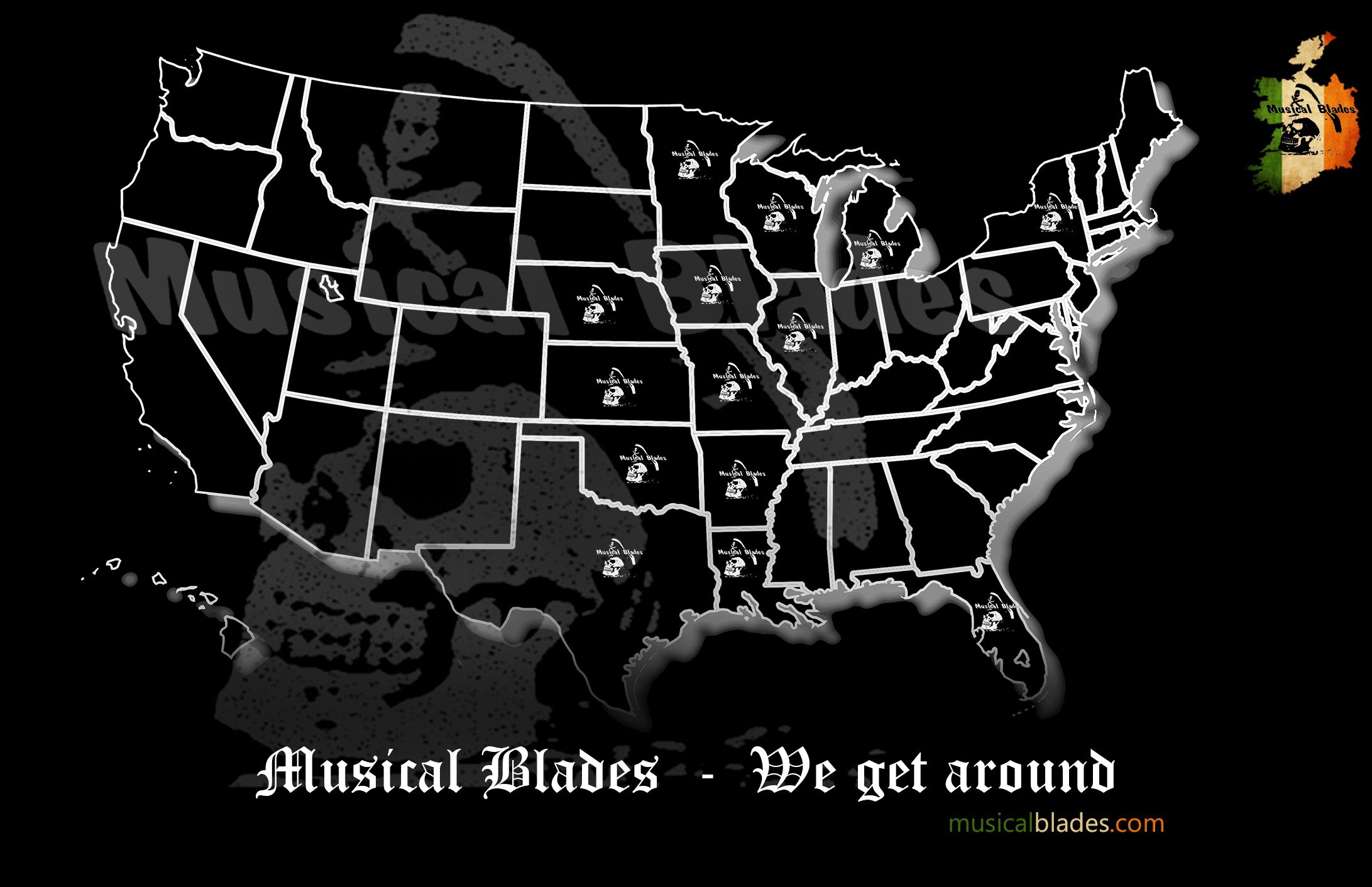 Musical Blades sail ever onward - constantly making port at new faires, new concert venues, and even new continents! Get Your Pirate On, with Musical Blades!

See us LIVE and follow us on ALL popular Social Media and Streaming platforms!